The “Blurred Lines” copyright case between Marvin Gaye’s family and Robin Thicke continued this week. Ironic that it’s centred around the pop hit “Blurred Lines” as the defence tried to induce a smoke and mirrors approach to their side of “Hey, hey, hey” story. The row centres over Thicke’s alleged stealing from Gaye’s track “Got To Give It Up”. It’s all good girls, chewing gum for the brain and $16 million dollars worth of “Feel but not infringement” accord to Thicke. “Blurred Lines” caused offence and controversy over the lyrics, but stayed at the top of the Billboard charts for three months. So clearly, somebody likes it.

The whole episode leads me to think… Mainstream music. Who does want it?

Saturated with overrated Kanyes, Taylors, Mileys and Pharrells. Low in fibre, high in sweeteners. Produced by the mindless, consumed by the masses. Musically replicated nodding dogs moulded by a warped mercenary system that’ s dominated by big labels, bland radio, deluded talent shows and engorged awards ceremonies. Stay on the standard FM band and that’s all you’ll get. But…. there is hope.

If you tweak the dial, go up the indie scale, step out of your musical comfort zone you may find a BBC Radio app. When you do, you’ll uncover a universe of eclectic musical diversity spanning multiple genres and generations. It’s on this frequency that you may encounter your next Hozier moment. That moment in time when the world stops for a second. When a voice, a lyric or a sentiment seizes your subconscious. Cerys Matthews on BBC Radio 6 regularly provides such musical moments. Best known for her indie pop heritage in 90’s band Catatonia, she is a faithful advocate of the band in Whelan’s tonight.

PORTS, formerly known as Little Bear are a foursome from Derry, Northern Ireland. They came onto Cerys’s radar having appeared twice on “Other Voices” music series in 2014. She was so impressed, she included them in her live broadcast from the RTE studios in April last year called “From Dublin With Love.” PORTS came in and did a set that included “The Devil Is A Songbird,” which is tonight’s opener.

It starts with a lonesome melody whistled through the reverb feedback from two mobile phones. Softly framing insightful lyrics, a lingering luxurious arrangement with a delicate yet desolate sound scape. It’s a thing of beauty. “The devil’s a songbird picking at my heart/ Her face was black/ Her dress hung like a painting on the wall” writes frontman Steven McCool. His writing style is visual, carefully weaving the words through the music. Attributing his key influence to Dylan Thomas, McCool’s poetry is engaging before it even meets the music.

“The song reflects the delicate nature of of the trouble in a relationship” Stephen told me. “When you see past the ugliness that can sometimes arise, you realise the songbird is actually a beautiful thing. You just need to look at it differently.”

Stephen seeks to create a cinematic connection with his writing, taking the listener on a journey through the songs. He wants his words to paint so many pictures. And that they certainly do.

Moving onto Night Dries Like Ink is a song about his brother leaving for Australia, the grief of the departure, the essence of loss. It’s another fragile decadent beauty. A swollen sound scape with oceanic tones throughout, sombre and dark. McCool’s language, “Night dries in/Like ink against a glowing sea/Brother I swim, part of you is part of me/ Fixed to the land motionless I call to thee/ Blessed by the leaves and the autumn skies surrounding me.” Perfect poignancy for this sparkling set list. I’d Let You Win follows, carrying the delicate jewel of regret and wistful yearning layered with lush guitars, shimmering in Richard Hawley style.

The lads deliver a stylish, dramatic version of Moby’s Why Does My Heart? part of a recent BBC recording. Oversized, exaggerated with massive effect, it’s as good if not better than the original. There’s a song from their highly anticipated new album called In Summer next. Magnificent, sunshine, Summer scape sound. A faint whiff of Groove Armada, huge cymbals, uplifting hooks. If feels like PORTS just stole the sunset and put it in a song. The band have been travelling with The Prima Quartet, I can only imagine how utterly stunning the combination must be. They’ve been playing Killer, reworked and rearranged with the quartet. It’s on the new album apparently. Bring it on. Final offerings of the night were Letters. Ghostly vocal echoes, a folky feel and charming percussion on a rising pace that evolves into extended serious riffs from Ryan. Closing with The Few And Far Between PORTS end their set much to the disappointment of the crowd.

PORTS will give you your next Hozier moment. The Devil Is A Songbird will wind it’s way into your universe. It won’t be on Bland FM or on samey samey MTV. It will blaze a trail through the hungover haze of plastic fantastic pre-manufactured pop. It will shine like a rebel diamond cut out of the sun.(Brandon Flowers phrase, thanks BF) Be ready for it. You can get your hands on Anicent Wave right now. The album has been two years in the making but it will be here very soon. These guys have worked hard to retain their artistic integrity. They’ve politely refused a couple of contracts, declined offers to make their work more “Radio 1 friendly.” This album is their baby. Very soon it will be woven in your soul. (That’s Imagine Dragons by the way). Check out PORTS Band on Facebook for more info.

Here’s a look at the Other Voices performance:

I'm a self confessed indie rock n'roller. Live music addict, writer, blogger, festival veteran. Native to Dublin, my degree in Journalism is from The University of Sheffield. With a proven track record in business and a creative side that refuses to recede I'm firmly focused on my future in the music/creative industry.
If you want to learn more about the youbloom community follow us on Facebook, Twitter, and Instagram and check out our new youbloomTV channel on YouTube. 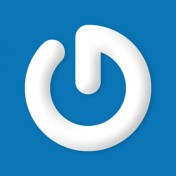